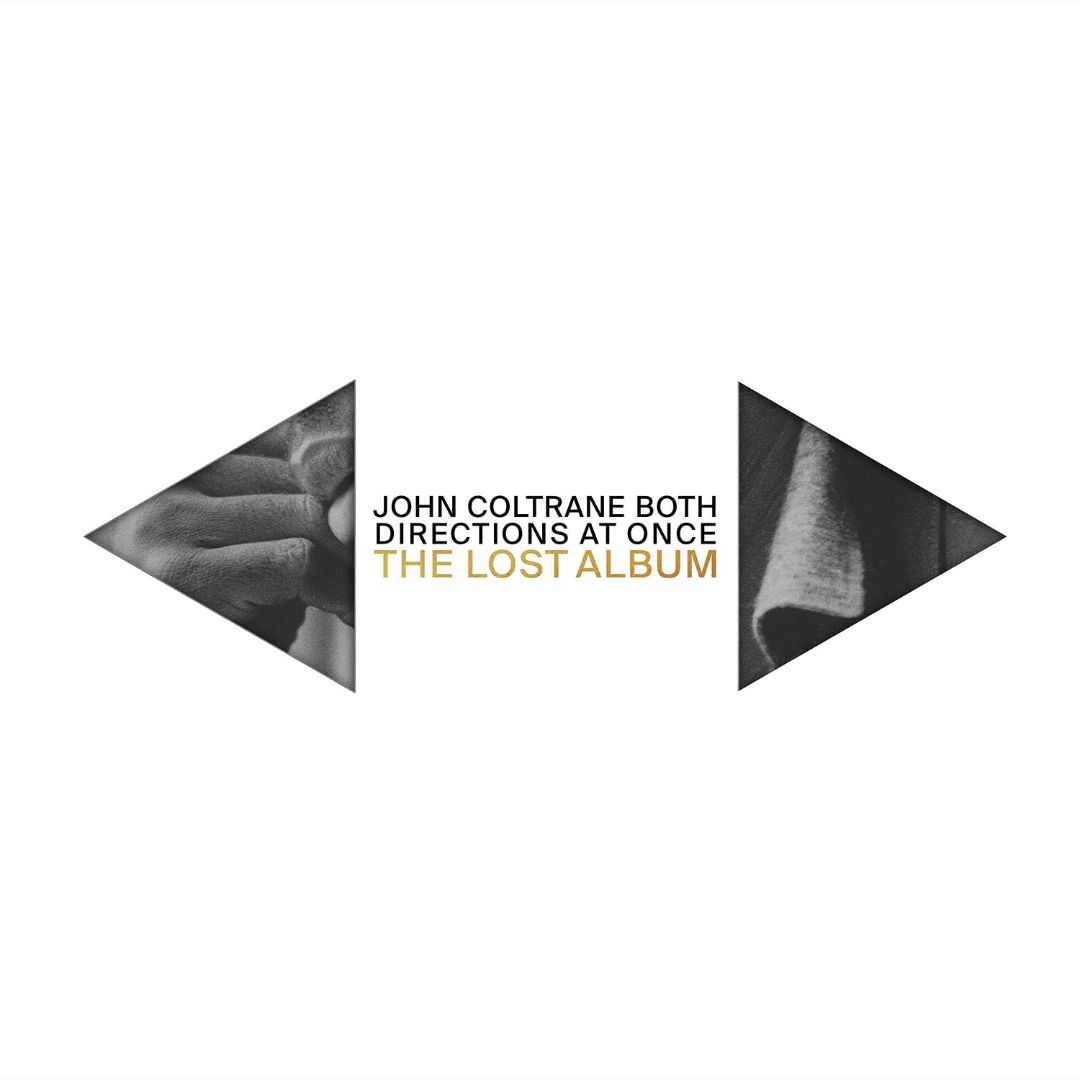 Both Directions at Once by John Coltrane.

He has loomed large in my choice to play music, the Tenor Saxophone, and my listening habits.

How cool is it that, now, when I am reinvigorating my interest in music and the Tenor Sax, that new studio recordings turn up of his classic Quartet?

Priceless, I guess, is the answer. “Untitled Original 11386” is the gem of the album, especially on Take 2, where the band is really hopping.

That said, not everyone is going to dig listening to the band playing 2 or three versions of the same song just to hear the subtleties of the solos or coloring.

I, myself, could have done without either version of the rather bland ballad “Villa”. But, that’s really just a quibble, and this is new, old music by The John Coltrane Quartet near their prime. 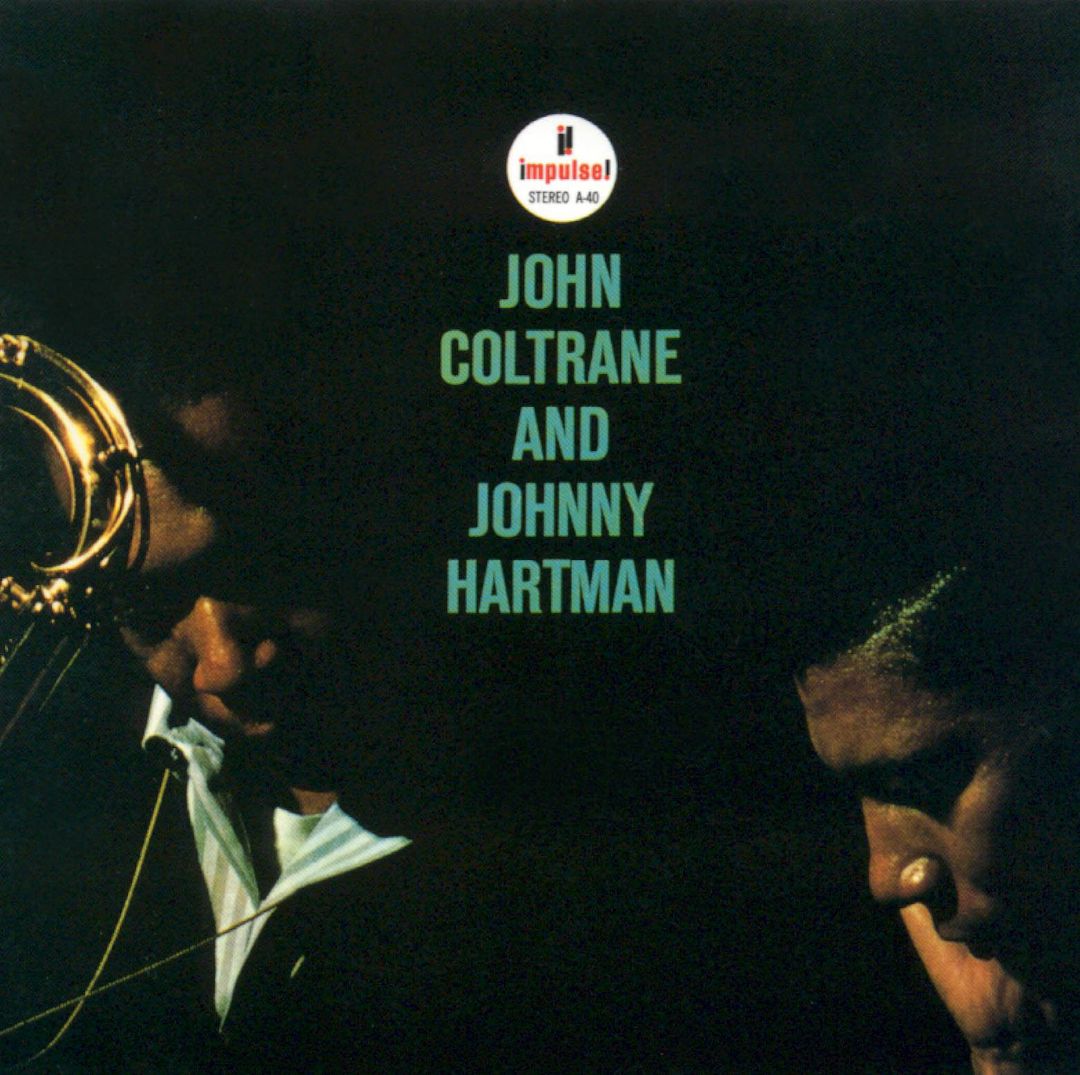 After “Coltrane”, the second indisputably great album from this period is “John Coltrane and Johnny Hartman”. I am not much of a one for Jazz Vocalists, especially male Jazz vocalists, but, man, Mr Hartman has a way with a phrase. If anything, his voice, intonation, vibrato, and enunciation are almost too perfect. Too Beautiful, to borrow a phrase from Lorenz Hart.

Not only that, but after all the fumbling around for the “Ballads” album, the band arrives at something really great here in its accompaniments. Sensitive to the vocalist and subtle in its inflections. It’s hard to believe it is the same band. A perfect album.

A bit like “Money Jungle”, this is Ellington challenging himself and playing with some of those young whippersnappers.

It’s an interesting matchup, because Ellington, especially as a pianist, is the master of subtle harmony and the light touch. While Coltrane is the master of the grand gesture and is not particularly known for playing quietly. Ahem, to say the least.

And indeed, while Coltrane does run his modes over Ellington’s light moods, it is Ellington’s sophisticated and advanced chord harmonies that take the day and provide the highlights to this session.

To me, the song that best exemplifies a cooperative spirit of give and take between the artists is Ellington’s “Stevie”. Though, “Take the Coltrane” is pretty great, as well, I really enjoy the two of them mirroring each other in the head. And it’s great to hear Coltrane playing in a lighthearted mood on Big Nick and The Feeling of Jazz.

In any case, a thoroughly enjoyable album. 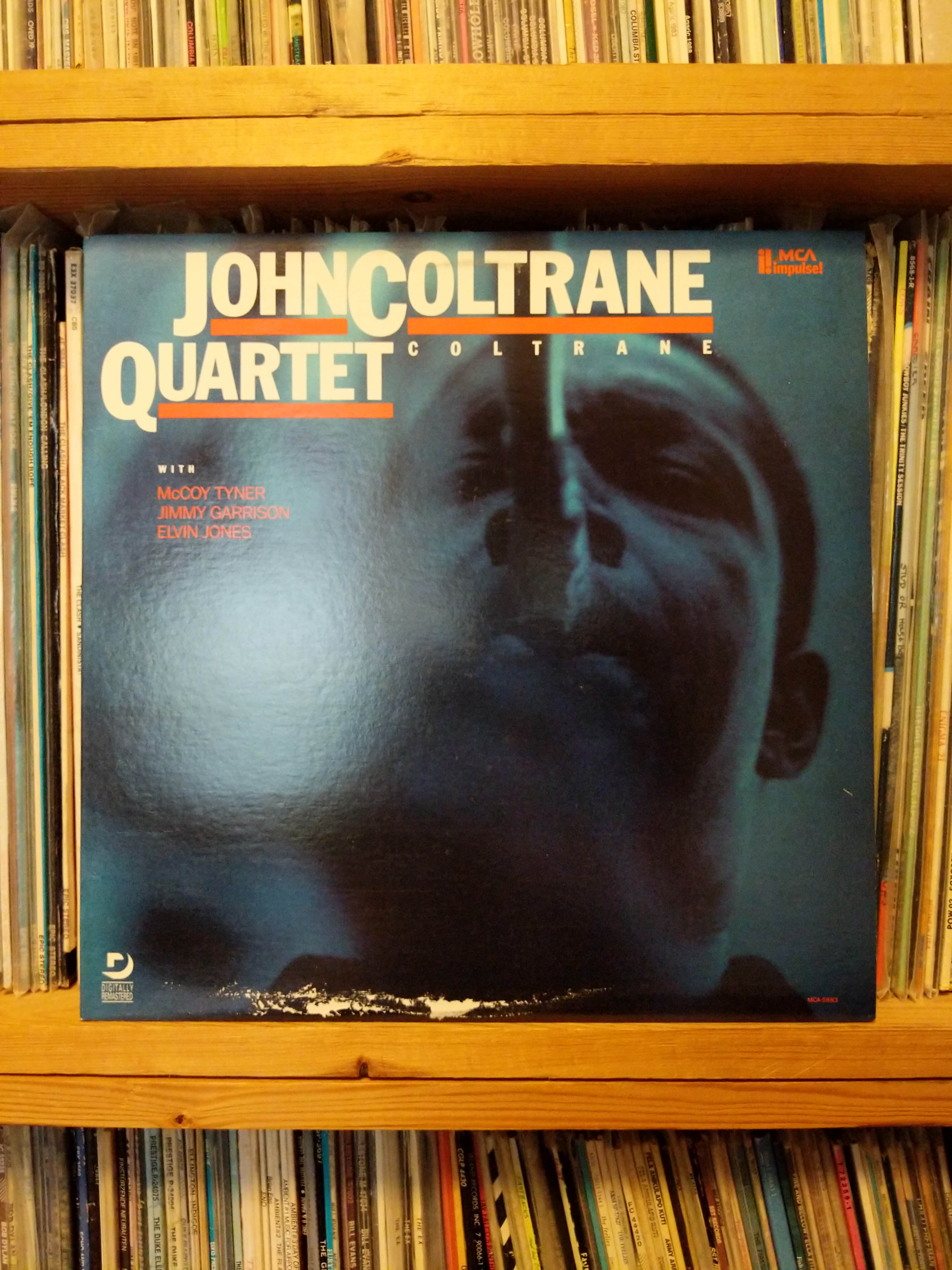 This 1962 album by “The Classic Quartet” of Coltrane, Garrison, Jones, and Tyner is their first great recording together.

Unlike most of the other records in this period, this one is well worn. Looks like I bought this copy in college, when it was re-released in 1987.

From the tentative meanderings of Ballads, the band has coalesced into a UNIT, a force to be reckoned with, by the time they recorded Coltrane.

I started listening to the newly released John Coltrane “lost” sessions, Both Directions at Once, yesterday and thought, “You know, I haven’t listened a lot to this period of Mr Coltrane’s music, 1962-1963, “Coltrane” through to “John Coltrane and Johnny Hartman”. I should give myself some context and listen to some of the other music he recorded and released in that period.” The early years of the “classic quartet”, Coltrane, Jimmy Garrison, Elvin Jones, and McCoy Tyner.

So, I started here with Ballads. Ballads is a bit of an odd bird. It was recorded at sessions starting in December 1961 through to November of 1962 and wasn’t released until 1963.

Allegedly, the band would arrive at the studio with the sheet music, discuss each tune for a bit, “semi-rehearse” for a half hour, then record the music in one take. And that was that. I don’t know if it was a sort of warm up for playing their other music, or if it was actually intended to be an album on its own.

In any case, Ballads is pretty forgettable. It is nice to remember that Coltrane could be tender and play very quietly if he wanted to, but the songs all really sound alike. Coltrane uses a lot of the same sort of melodic strategies on every song. And the rest of the band is mostly tip-tapping listlessly along. Listening to the album all the way through, makes you wish you would only hear one song a month over the course of a year. The only tune that sort of stands out for me, like the band got a bit of it in their blood, is “All or Nothing at All”. Elvin really kicks it on that one, rousing the rest of the band from their somnambulance.

Oddly, (or perhaps not that oddly,) Ballads was the recipient of a “Grammy Hall of Fame Award” in 2008.