I have a problem, OK, well, maybe two problems, with Dead Rider.

My first problem is that the vocalist, Todd Rittmann, was previously in a band I REALLY liked called “US Maple”. Mostly, I just wish Dead Rider was US Maple. But, it’s not, so I guess I should just get used to it.

Second, Dead Rider’s musical style is amorphous. One song will be in one musical style and the next in another. On Crew Licks, this means you get a couple Hendrix-esque tunes, a couple Sweet-esque tunes, and, god help me, a couple that sound like a more eclectic Red Hot Chili Peppers. This means, I like some songs on the album, and some rub me the wrong way. Again, after 4 albums, you’d think I’d make my peace with this.

They are named after a Hawkwind song, so I guess that is something.
I should probably just go see them live, they’re playing the Hemlock on Oct 6. I’m sure they rock.

This album has more of a feel as if someone turned on a recorder while they were practicing, than if they were intentionally recording a solo album.

A lot of the time he will find a phrase, play it once, then repeat it down a key, then another, then another, to the lowest he can play it on his horn. Or take the same phrase and repeat it several different times with different emphasis or different techniques. There’s are also a lot of pseudo classical themes that pop up and things that sound like circus music, along with some Jazzy improvisation.

Sands is technically interesting, as someone who plays an instrument, and is curious about other musician’s thought processes or how they practice. I feel like I am being given a look behind the curtain. But, I don’t find it compelling listening, as a Jazz listener.

The Following Mountain by Sam Amidon.

The most recent album from avant traditionalist Sam Amidon is his most eclectic and ambitious recording to date.

Including collaborators saxophonist Sam Gendel and bassist Milford Graves, (yes, THAT Milford Graves,) allows him to let this album swing freer than anything he has put to record before.

I really enjoy The Following Mountain and feel like Mr Amidon manages to capture something here that wouldn’t happen on his more carefully composed folkish albums. I hope he continues to experiment further in this vein!

Sam Amidon plays Tuesday, Sep 26 at the Swedish American Hall in San Francisco. Hope to see you there!

For the last couple weeks I’ve been a bit obsessed with recording my Soprano Sax in various acoustic environments at Fort Miley Military Reservation near work.

I tried as much as possible to include environmental sounds, from birds to skateboarders to passersby.

I think it is an interesting slice of where I am as a Soprano Saxophonist and improvisor. 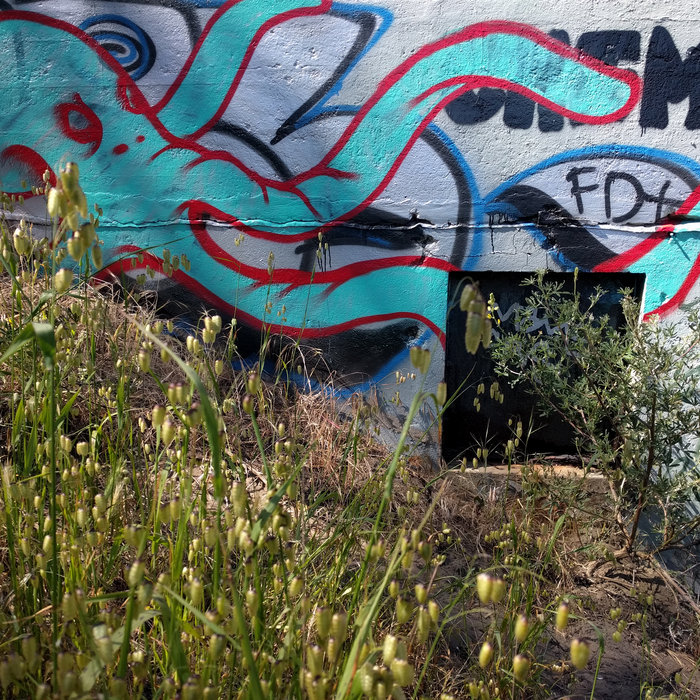 “Beginning To Fall In Line Before Me, So Decorously, The Nature Of All That Must Be Transformed” by Nazoranai.

A single performance, divided into two parts, Haino sticks to acoustic stringed instruments, (violin and hurdy gurdy, I think,) for the first part, building tension. About mid-way through, Ambarchi hits a groove that wouldn’t be out of place on a Can album, and Haino switches to Electric Guitar. Sonic events accumulate, building to a pitch, and then subside.

Scrabbling at the Lock by The Ex and Tom Cora.

Reasonable people can disagree about things like, “Best Album”, but for me this collaboration between Dutch band The Ex and Skeleton Crew Cellist Tom Cora is among my favorites.

From the most casual guitar swipe to the ecstatic drum beats, everything fits together. It’s magic.

Some solo, some multitracked, and some with real time electro-acoustics, all Soprano Sax. My understanding is these tracks were recorded and compiled over the course of several years.

Fairly accessible, as there is more traditional melodic content on this release than many of Parker’s other solo Soprano albums, this is still an outstanding tour de force from one of the great instrumentalists of our time.

Also, great titles like, “Those Doggone Dogon” and “Gees Bend”. Bonus points for a reference to one of my favorite Baudelaire prose poems with, “The Burden of Time”.

Splendor and Misery by clipping.

I like the ambition and abstraction of their soundscapes. I also like their vocabulary and hints at SciFi story telling.

An enjoyable and interesting album to listen to.

Even though our cats do not enjoy the music of Ms Juana Molina, hunching in the corners of our house whenever we put her on, Mrs Flannestad and I are quite enthusiastic supporters.  On this new release, she seems to be broadening her sonic palette slightly by including some live percussion in her mix of loops and midi automation.

A new Juana Molina album is cause for celebration, and Halo is no exception.

Hope to see you there!

When I saw Big | Brave open for SUNN O))), I thought their little Orange Amps and Drumset were kind of cute in front of SUNN O)))’s massive cabinets. But they put up a nice squall of feedback lightning and rumbling drum thunder.

On their new album, their first for Southern Lord, they deploy similar strategies to their previous efforts, slow tempos, extremely distorted guitars, and shout-sung lyrics.

I like that the lyrics seem to be about, from what I can decode, longing and loss, topics which seem a bit unusual to me, in music of the heavy nature.

My favorite song here is “Lull”, with its added amplified acoustic strings used to good effect.